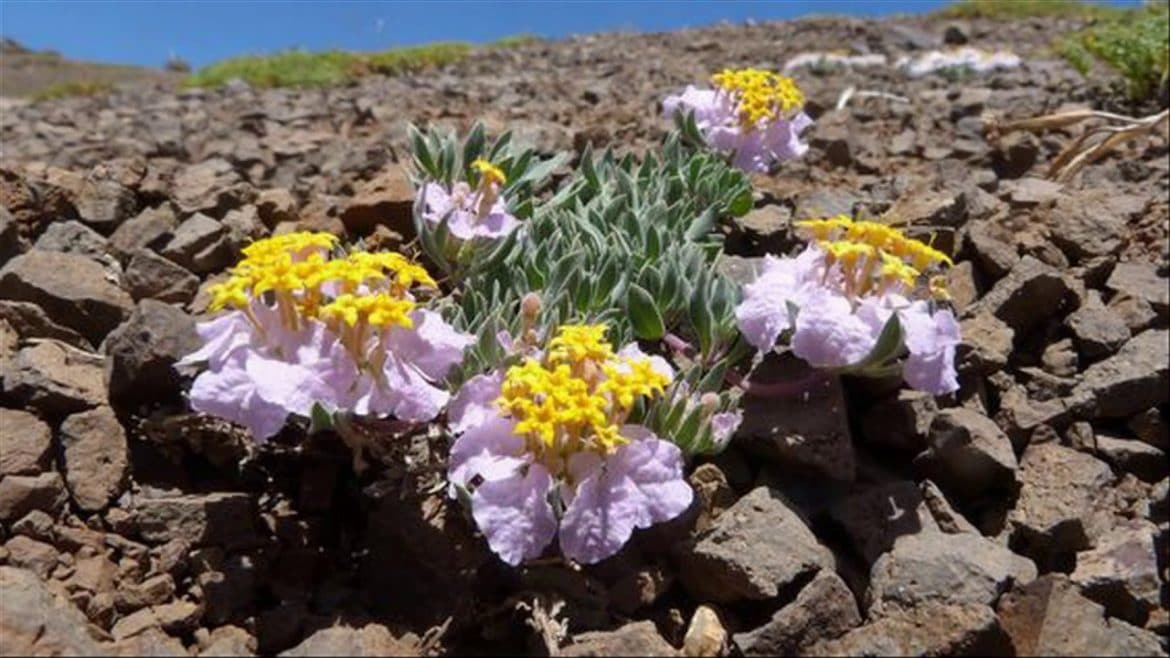 Have you ever seen mountain flowers. You probably have flowers in your house or in your garden, but mountain flowers are really rare and very different from the type of flowers that people usually have in their garden.

The rarity and unique beauty of flowers is due to the fact that they grow in an environment where there is not much water and on stony soil, as well as the rest of the conditions that appear to live at such heights, in places that can remain frozen during most of the year.

Nature has managed to make flowers that can grow in such conditions, which is why these flowers are even more special.

The plants that manage to survive in these conditions develop roots that go between the rocks in order to be able to hold on and make the most of the humidity of the place, since, when the ice melts during the summer, these roots absorb the water and allow let the flower bloom again.

They are flowers that are not usually found anywhere else, so if you are thinking of visiting Sierra Nevada, We recommend that in addition to enjoying all the activities offered in this place, you also take a moment to enjoy the flowers and nature around you. These excursions really have a lot to offer.

Both the flowers and the rest of the plants that grow in the mountains usually have certain special characteristics that allow them to tolerate the cold or heat, allowing them to survive extreme factors in which other types of flowers would not have the least opportunity.

As I mentioned earlier, flowers that grow after a certain altitude must have unique and special features that allow them to grow and develop properly.

One of the characteristics that can be highlighted at a glance is that they grow very tight and together in order to protect themselves between them– Its stem, leaves, and flowers are covered in a stiff lint, plus develop their roots in order to be able to hold on even in exposed places and in order to be able take advantage of the low residual humidity they find on the ground.

The roots become an invaluable organ for the reserve, with which the flowers manage to bloom every year during the summer, when the season helps make the living conditions for the flowers more favorable.

Different species of flowers that can exist in the mountains

There are a number of flower species that can be found in the mountains, so if you are traveling, we recommend that you pay attention to see if it is possible to find them.

This type of flowers can be observed during the month of June and July, being flowery bushes that can be seen peeking out from the juniper bushes and the black pines.

The color of the flowers can vary, being able to go from deep red to pale pink; they have shiny green leaves; sturdy and woody branches.

It can be found in different Iberian mountain systems, although it is almost always found on arid soils and in places where snow can protect them from other winter conditions.

The species that we can find within the saxifragáceas family are very varied and quite easy to recognize thanks to the appearance they have, as well as fleshy and small leaves that are generally in a rosette.

They usually have small white or pink flowers and can even grow on rock walls that are virtually inaccessible. 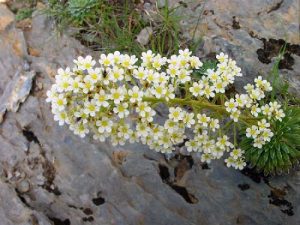 These are the flowers that attract the most attention and stand out for their incredible beauty. They are usually found in the Pre-Pyrenees and in steep mountains, although they do not have to be mountains that high.

These flowers are usually found at higher heights and may be more difficult to find because they are smaller. 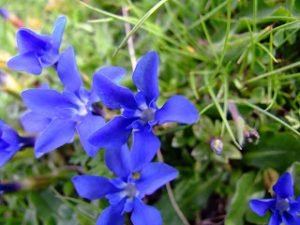 As for the gentian family, they stand out for having gradations of blue. It is important to note that about 800 species can be found within this family, which can be found in mountainous regions around the world.

The flowers of the Edelweis species are one of the most striking and it is a plant native to Siberia, although it has established itself in the Pyrenees, the Alps and other mountainous regions of Europe.

It is about 15 centimeters high and has several lanuginous leaves with inflorescences between white and silver.

These are some of the families and species of mountain flowers that you can find in Spain and other mountainous regions of Europe, so whenever you have the opportunity we recommend that you look for and appreciate them.